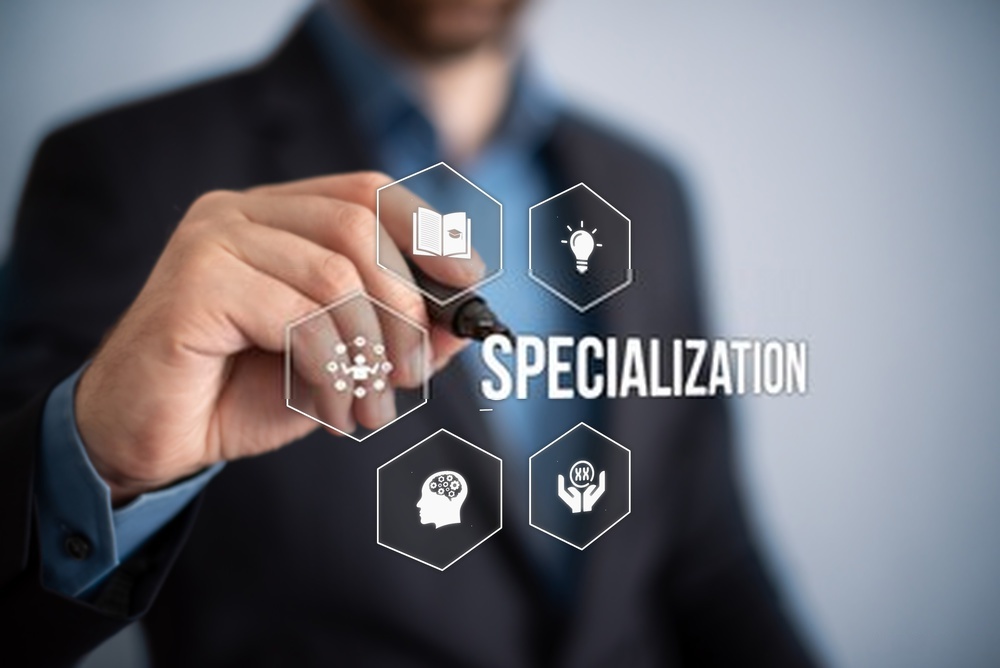 In the last few years, there have been perceptible developments in the consulting business, globally and in India, led by the digital era, and clients’ demand for greater specialisation and accountability. In this scenario, given this practice group’s commitment to helping clients stay ahead of the curve. Dua Consulting, through timely strategic interventions, has strengthened its core business model to continue on our robust growth path.

Dua Consulting’s actionable strategic and practical advice has made us the preferred partner for clients who have benefitted from our extensive experience in public policy risk and opportunity mapping and developing of blueprints around those opportunities. The services are customised to help businesses and organizations become more efficient and productive; extending support in ground implementation by anticipating different customers’ needs within their overall organization culture and planning.

In the rapidly evolving Indian business environment, Dua Consulting has not only kept pace, but stayed ahead, supporting its clients in tangible and intangible ways and providing practical solutions and unbiased opinions to help clients navigate the complex regulatory and legal framework in India. A feet-on-street approach and familiarity with key stakeholders in various state ecosystems, have helped clients manage issues around businesses in conducive environments. 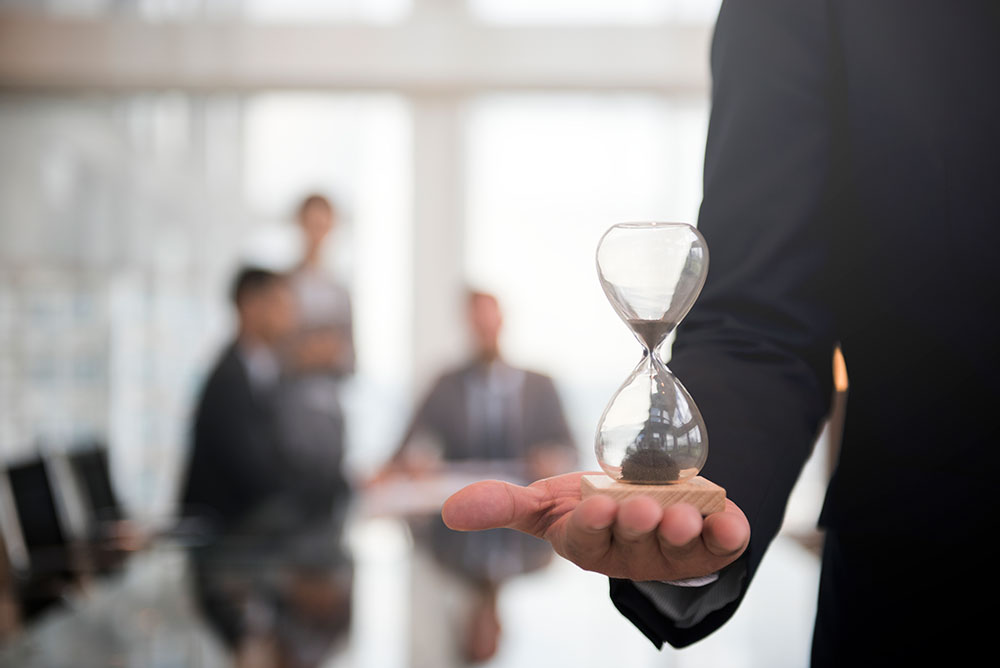 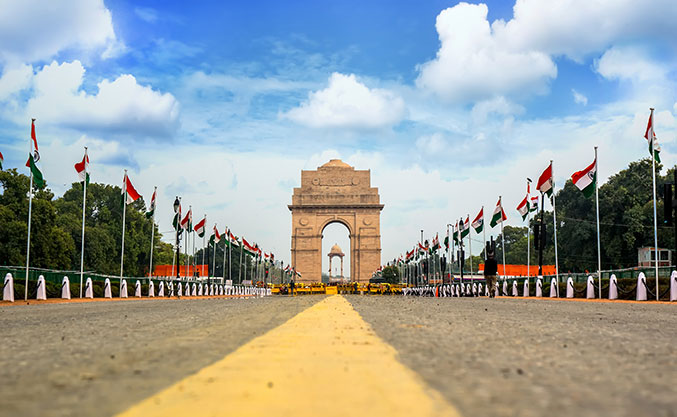 Headquartered in Delhi, Dua Consulting is distinctive for its experience in actively engaging in more than 18 states in India that assures clients of robust ground level implementation support. Our feet-on-street approach and familiarity with key stakeholders in various state ecosystems, have helped clients manage issues around businesses in conducive environments. We are well positioned to help clients dive deeper into certain issues and sectors, without any compromise on the agility and flexibility of our functioning, pan-India. 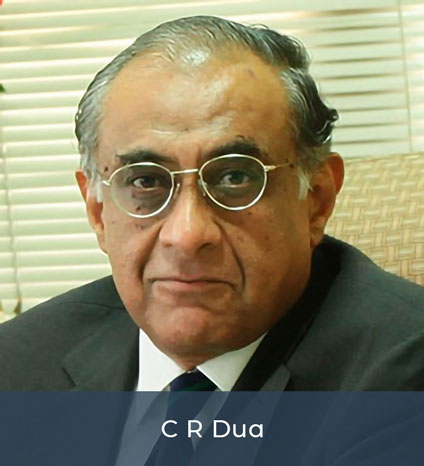 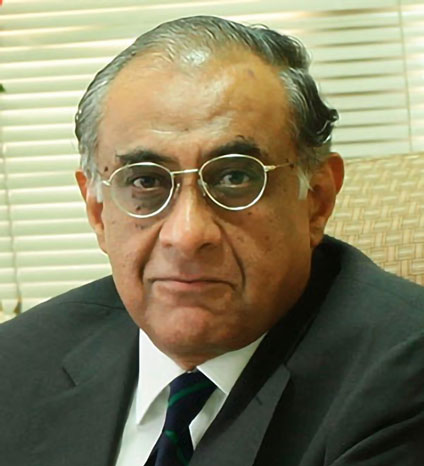 Having founded Dua Associates over thirty years ago, Mr. Dua is currently the Chairman of the Firm, which has full services offices across top eight cities across India. His responsibilities include providing strategic advice and direction to the nearly 300 professionals of the Firm for its further growth and development, including providing long term vision. He engages with the 73 partners of the firm, its executive committee and sub-committees towards ensuring that the practice continues to retain its recognized leadership position with its diverse client base, which includes individuals, privately-owned businesses, public-sector enterprises and publicly-listed companies as well as many multinational organisations and readily recognisable brand names from the U.S., Europe, Japan and the ASEAN.

Since its inception in the 1980s the Firm led by Mr. Dua has been at the forefront of Indian economic liberalisation by representing overseas businesses and negotiating and structuring their inbound investments. He pioneered the representation of major international oil companies Chevron, Texaco and Shell in the Bombay High and thereafter, the Firm advised major US corporations’ foray into India like General Electric, General Motors, AT&T, Power Gen, McDonald’s, Timex and 3M Corporation amongst others. It also represented the initial influx of major companies from Japan including Mitsubishi Heavy Industries, Toshiba and Mitsui & Co. in their contracts related to the establishment of mega power projects in the State of Uttar Pradesh. Since then, it has continued to lead investors in the areas of mining, consumer products and service sectors. In fact, Mr. Dua was a part of the five-member Government delegation in the early nineties that initiated the Government’s endeavour to market India’s economic reforms to the investment community overseas.

A key task for Mr. Dua as the Chairman of Dua Associates and Dua Consulting, a standalone business and public affairs practice group, is in sustaining the growth momentum while strengthening the firm’s domestic and international network of alliances with professionally recognised bodies in keeping with well-established practices in the fields of law, policy formulation and public affairs.

Mr. Dua sits on the Boards of Indian companies, both listed and private, including Indian subsidiaries of many major multinational corporations primarily representing the interests of foreign collaborators and investors. He is also Chairman of the Board of Procter & Gamble Hygiene and Health Care Limited and an Independent Director on the same board. He is a founding member of the American Chamber of Commerce in India and an invitee to its national Executive Board. He was an invitee to the National Executive Board of the Federation of Indian Chambers of Commerce & Industry (FICCI) and is a member of the India Advisory Board of BNP Paribas. He is one of the Senior Vice Presidents of the Society of Indian Law Firms (SILF) and among the Chairpersons of Legal Reforms Committee.

Over the last two decades Mr. Dua has been the recipient of several awards as the Leading Lawyer in areas of M&A and Corporate Restructuring. He was awarded the Samman Patra by the Government of India, Ministry of Finance and The National Council of Jurists Award in recognition of his contribution to the development of Corporate Laws in India. In 2018, Mr. Dua was conferred the Award “Knight of the Order of the Star of Italy” for his contribution to the promotion of bilateral business ties between Italy and India. Early 2020, at a high-profile event that celebrated the innovation and achievements of legal luminaries, Mr. Dua received the prestigious Lifetime Achievement Award for Outstanding Contribution and Excellence in the field of Law.

An avid tennis player Mr. Dua’s sporting interests are pursued as a member of the Executive Committee of the International Lawn Tennis Club of India and a Senior Vice President of the Delhi Lawn Tennis Association.

An honours graduate of St Stephen’s College, Mr. Dua also holds a Master’s degree in economics from the Delhi School of Economics. He lives in New Delhi with his wife Amrita and daughter Shreya who is currently pursuing her academic interests in ancient history as an MPhil student at Oxford University, London. 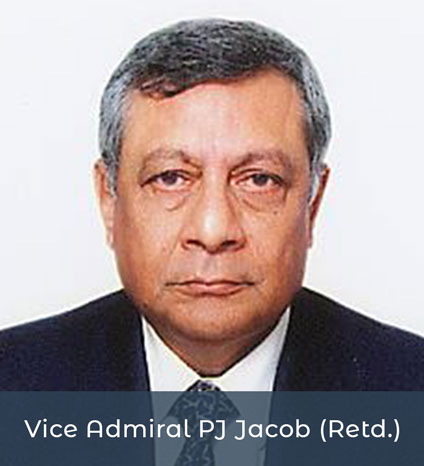 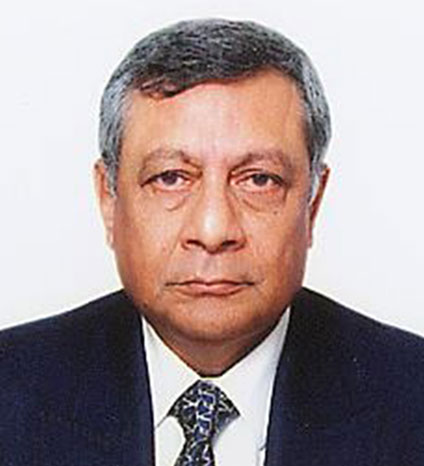 Admiral Jacob is involved in the firm’s Marine, Aviation, and Security practice and is also active in Dua Consulting’s strategic advisory services.

He retired as Vice Chief of Naval Staff after a distinguished career of nearly four decades. He has also been Director General of the Indian Coast Guard and was active in strategic planning and charting the development of the Indian Navy. As Vice Chief he has overseen numerous training initiatives and has led several Ministry of Defence/Navy delegations to negotiate intergovernmental agreements on strategic issues with various countries.

Admiral Jacob has also served as a member of the National Security Advisory Board to the Prime Minister. 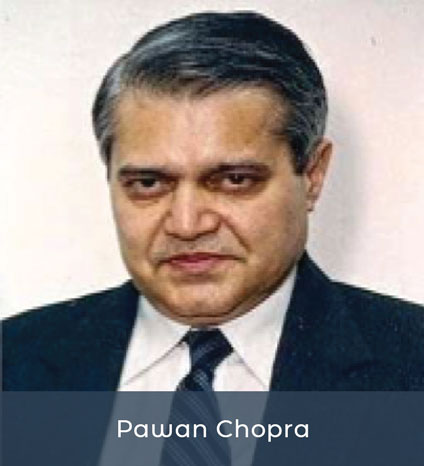 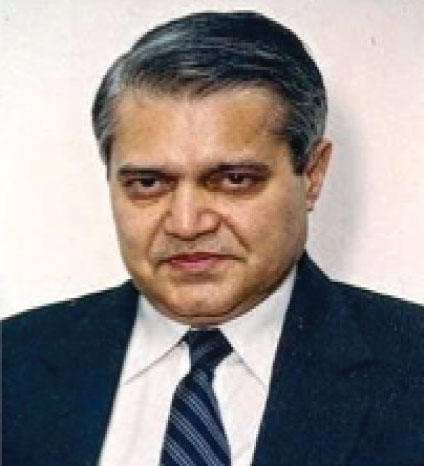 Pawan Chopra is a former Secretary, Ministry of Information & Broadcasting with an almost four decade career in the Indian Administrative Service. His important portfolios have included Commerce, Industry, Health, Rural Development and Policy coordination in Infrastructure Development and furthering of economic reforms. He was Additional Secretary in the Cabinet Secretariat which assists the Prime Minister in policy coordination across ministries.

Post retirement, he has been on Government task forces relating to the Energy Sector and was involved in a study on Indian Patents Act for pharmaceutical firms and energy sectors.

He holds a Masters in Physics from St. Stephen’s College and a Law degree from Delhi University. 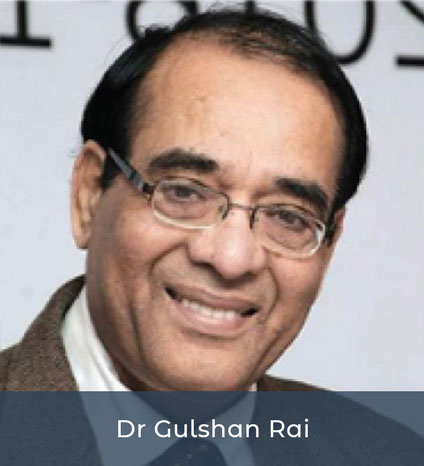 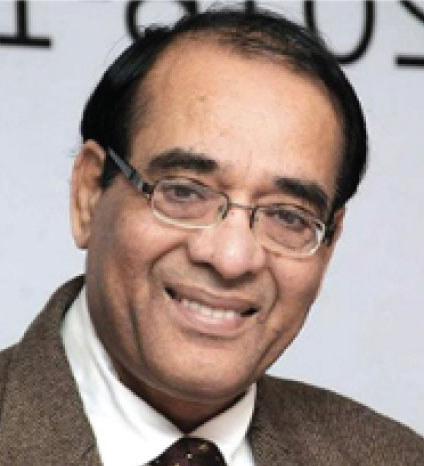 Dr. Gulshan Rai has over 30 years of experience in different areas of Information Technology which include various aspects of e-Governance, cybersecurity, cyber laws and several related fields. He recently retired from government service as the National Cyber Security Coordinator, Government of India in the Office of Prime Minister.

Prior to that, he held the prestigious post of Director General, CERT-In (Indian Computer Emergency Response Team) and headed E-Security & Cyber Law Division, STQC and other Divisions.

He is a member of Data Protection Committee. He also led the team to set up National Watch and Alert System in the country as part of cybersecurity initiative and Computer Emergency Team. Dr Rai was involved in drafting national policies in the area of cybersecurity and cyber laws.

As Executive Director, ERNET India he was instrumental in setting up of the first large scale education and research network in close collaboration with the leading educational and research institutions in the country.

Dr Rai holds a master’s degree as well as a doctorate in technology. 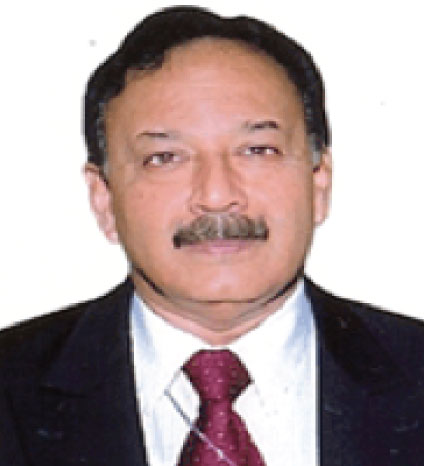 V Subramanian is the former Secretary, Ministry of New & Renewable Energy, where he developed and implemented the basic institutional structures in the sector. During his thirty seven years in the public sector, he has held key positions at the Centre and in West Bengal state including the position of Financial Advisory in the Ministry of Civil Aviation. During this period, he was on the Board of Air India, Indian Airlines, Helicopter Corporation and India Tourism Development Corporation. His other stints include power, tourism, banking and capital markets, and the management of Public Enterprises. He also served with the Commonwealth Secretariat, London.

Subramanian currently serves as the Secretary General and C.E.O. of the Indian Wind Energy Association, a non-governmental body formed by wind energy generating companies and equipment manufacturers mainly for advocacy and policy articulation. He is Business Development Adviser to the Council for Industrial and Scientific Research (CSIR) in New Delhi and is a well known speaker on “Renewable Energy” in various international conferences. 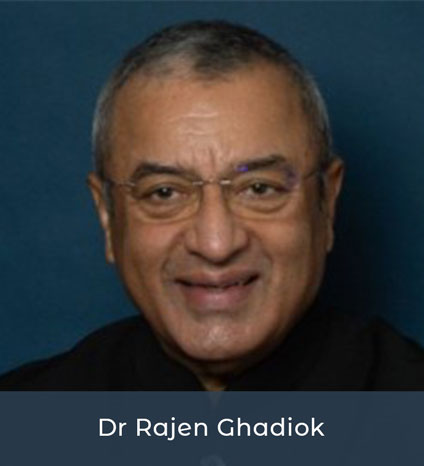 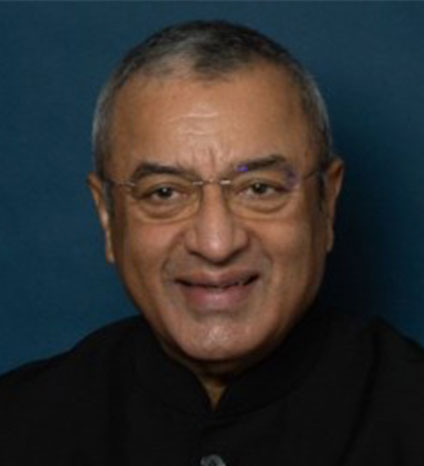 Dr Ghadiok has an impressive career in healthcare of close to four decades, spanning both medical practice and executive management of healthcare institutions. His leadership experience in growing corporate healthcare organizations and managing various healthcare programs across the spectrum considerably enhance the Healthcare Practice at Dua Consulting. 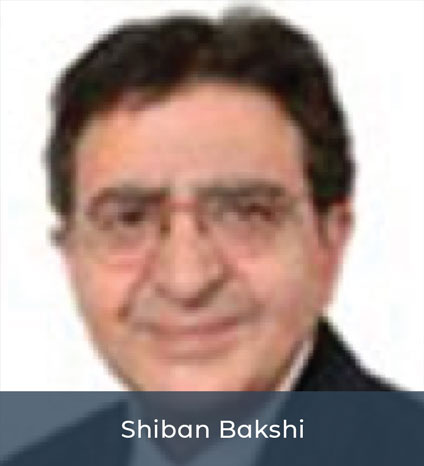 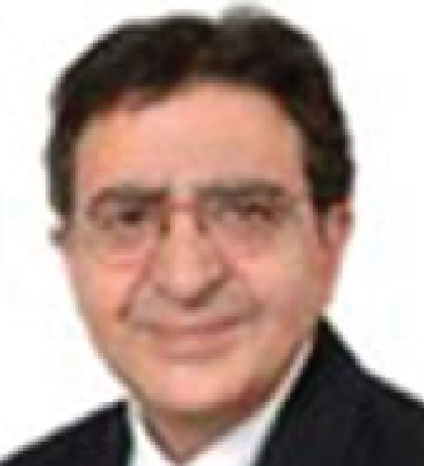 Shiban has also worked with the Government of India, Ministry of Finance, the Commonwealth Secretariat in London, the IDRC Canada, Crown Agents UK and the World Bank. 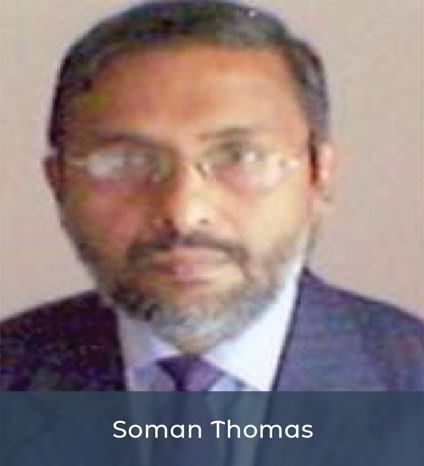 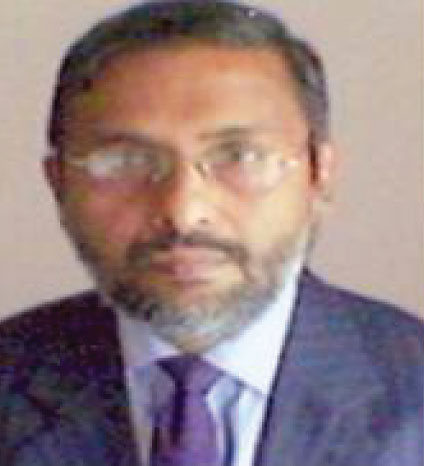 Soman Thomas is an investment banker with over 30 years’ experience in corporate finance, M&A, financial restructuring and debit/equity placements.

Soman has held senior positions with Standard Chartered Bank and Canara Bank in the areas of corporate finance and domestic capital markets. He also worked as an advisor to a NBFC and a general insurance practice in Western India.

Leveraging his experience, Soman is responsible for handling all important matters relating to the Securities Exchange Board of India (SEBI) and the Reserve Bank of India (RBI) and maintains effective relationships with these organizations. 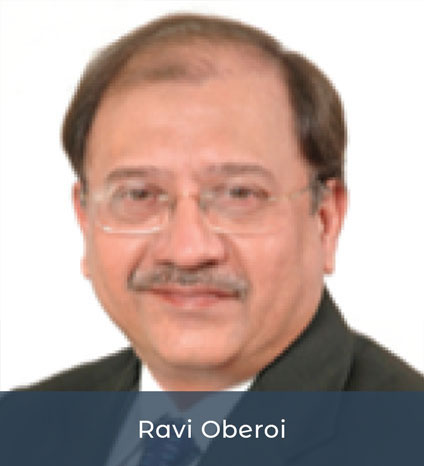 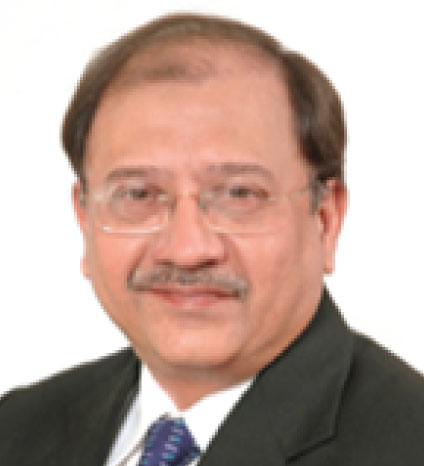 A Chartered Accountant, Ravi brings a unique blend of skills to lead the Public Affairs practice, providing an overview and insights based on more than 38 years of diverse experience in entrepreneurial, organisational and consulting work. 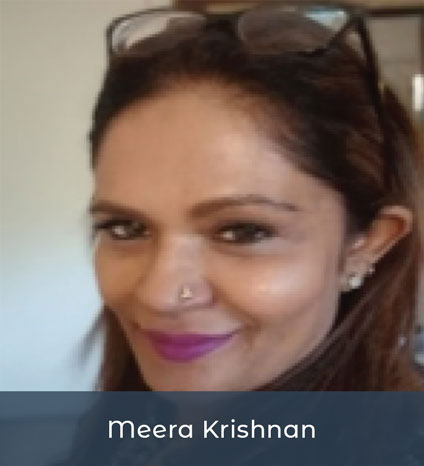 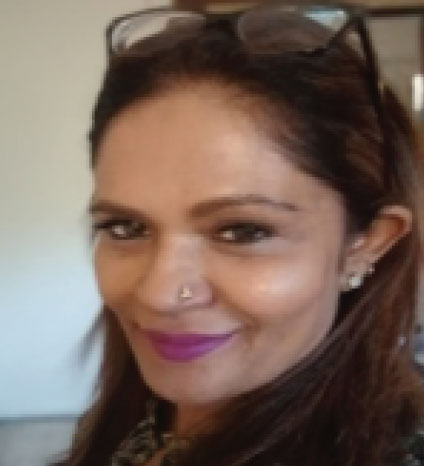 Meera has an over 25- year track record in communications across public relations, public affairs, branding and advertising. She has considerable expertise in integrating sectoral issues and organizational imperatives into advocacy campaigns that are impact-oriented and deliverables-driven.

our clients
Previous
Next